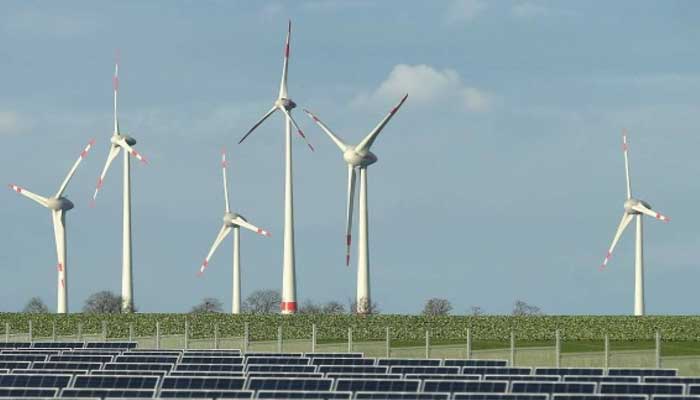 KARACHI: At least four new companies have planned more than $200 million worth of investment to cumulatively set up 154 megawatts of renewable energy projects in Sindh and Khyber Pakhtunkhwa, The News learnt on Friday.

Sino Well (Private) Limited planned to set up a 50 megawatts of wind power plant in the wind corridor of Jhimpir in Sindh with an estimated investment of $85.4 million. The proposed project is expected to achieve commercial operation by June 2020.

Shafi Energy (Private) Limited planned to set up a 50MW wind power plant in Thatta, Sindh with an estimated investment of $75.07 million. The proposed project is expected to achieve commercial operation by June 2021.

Javed Solar Park (Private) Limited also intended to set up a 49.5MW solar power plant in Dera Ismail Khan in Khyber Pakhtunkhwa with an estimated investment of $49.27 million. The proposed project is expected to achieve commercial operation by December 2019.

Similarly, Grid Edge (Private) Limited sought licence to set up a two megawatt of solar power facility in Port Qasim with an estimated investment of Rs168.12 million, while the company also intended to develop a 2.67MW solar generation plant in Lahore with an investment of Rs250 million.

The shortfall in supply could be the major cause of a stunted growth in the industrial sector in the country.

The industry, having capacity of self- generation on gas, has a suspended supply of gas for two to three days a week during winters.

The primary thermal generation fuels are furnace oil and gas. While gas is produced domestically, its demand has outstripped supply by a considerable amount.

Oil imports are exerting a significant burden on national exchequer and the increasing import bill continues to weigh down foreign exchange reserves. Securing alternative fuels and the technical management should be strengthened to solve problems and wind power can play a very important role in overcoming the growing energy crisis.