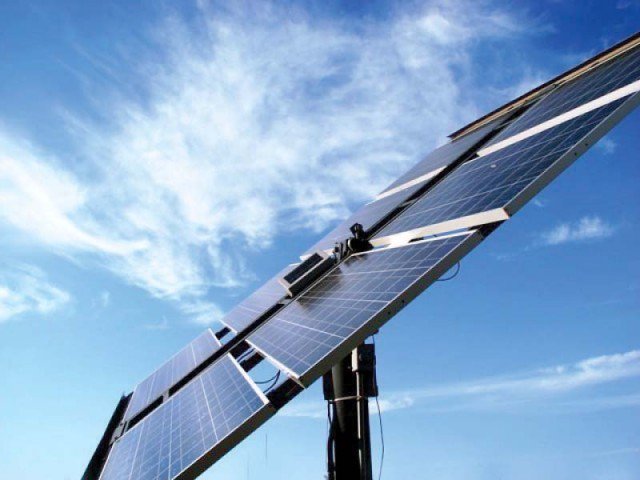 ISLAMABAD: Pakistan and the European Union have agreed on cooperation in energy conservation and energy efficiency.

In this regard, the power division will send a high-level delegation comprising government officials and private-sector experts to the EU for participation in a workshop with European experts and professionals.

The understanding was reached in a meeting between Federal Minister for Power Division Awais Ahmed Khan Leghari and EU Ambassador Jean-Francois Cautain on Wednesday.
They also agreed that the European Investment Bank would be invited to the workshop in order to explore different options relating to financing energy projects in Pakistan. The envoy said the investment bank was keenly examining the fast expanding power sector in Pakistan and it would be considering assisting the country in running tube wells on solar power in Balochistan.

He highlighted that the EU was already working closely with the Khyber-Pakhtunkhwa government on a number of renewable energy projects, most of which were hydroelectric power plants.

He assured the minister that the EU would continue to provide assistance to Pakistan in the energy sector.

Referring to the planned workshop in the EU, Leghari said after bridging the demand and supply gap, now it was highly important that Pakistani consumers should be educated about the consumption of electricity.

“The awareness will not only save money for the consumers, but will also help in efficient utilisation of the existing generation capacity as the saving of one megawatt is far better than the generation of one megawatt,” he said.

He invited the European Investment Bank and other potential assistance partners in the EU for assisting in the establishment of Pakistan’s first renewable energy institute.

The minister revealed that he was meeting the Higher Education Commission chairman later in the day for picking a suitable university in Pakistan for setting up the institute. He suggested that both the Power Division and the EU embassy should appoint focal persons to frequently interact on matters relating to energy cooperation between the two sides. The envoy agreed to the proposal.

Highlighting salient features of the government’s plan to run about 30,000 tube wells on solar energy in Balochistan, the minister invited the EU to take part in the process.