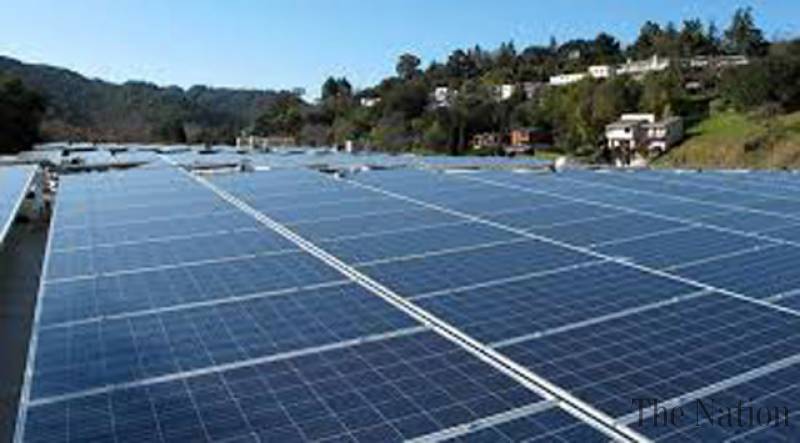 LAHORE – Promotion of solar energy can save up to 6,000 mega watts of electricity of the national grid, besides reducing load from the power distribution system.

Institute of Electrical and Electronics Engineers Pakistan, President Engineer Mohsin M Syed expressed these views at the 37th Annual General Meeting of the IEEEP held at a local hotel on Sunday. He cited that every Pakistani could install solar system of one to five kilowatts capacity that could save up to 3,000MW load on the distribution system. This quantum of saved energy could be diverted to industrial sector thus enabling it to enhance its productions as well as generate more employment opportunities, he maintained.

Mohsin said that another 3,000MW could also be saved by switching agricultural tube-wells over to solar system. In this connection, he suggested the government to enhance the net metering agreement period from three to seven years and allow this agreement among three parties instead of the only two. He mentioned that Pakistan is running short of around 6,000 mega watts of electricity, while 45 percent area of the country was yet to be connected with national grid. He said Pakistan would have to enhance its inexpensive electricity generation capacity up to 50,000 mega watts by year 2030.

In his address, former Wapda chairman Shamsul Mulk said the China Pakistan Economic Corridor (CPEC) was a game changer for Pakistan not only regionally but also geographically, and Pakistan will attain the status of an ‘Asian Tiger’ through this vital project. He said that engineers must be accustomed with ultra modern technologies to bring Pakistan at par with most developed countries. He was of the view that professional affairs experts would have to be incorporated in the technical institutions and management to ensure speedy economic development in Pakistan.

Enumerating the benefits of water reservoirs to cater the country’s water needs and hydro power generation, he stressed the need for initiating construction work on Kala Bagh Dam (KBD) without any further delay. So far the country had to bear an accumulative loss of Rs180 billion-Rs100 billion to Punjab, Rs50 billion to Sindh and Rs30 billion to KP – in the absence of KBD, he added. Mulk said that India caused water and electricity shortage by stopping Pakistani waters in its territory.

IEEEP Honorary Secretary General Engineer Dr Rana Abdul Jabbar Khan presented the institute’s annual reports and highlighted its activities. He also stressed the need for promotion of energy resources of solar , wind and biomass, and said the IEEEP would also have to focus on modern researches in the field of alternate energy resources.