20,000 schools to be solar-powered in Punjab 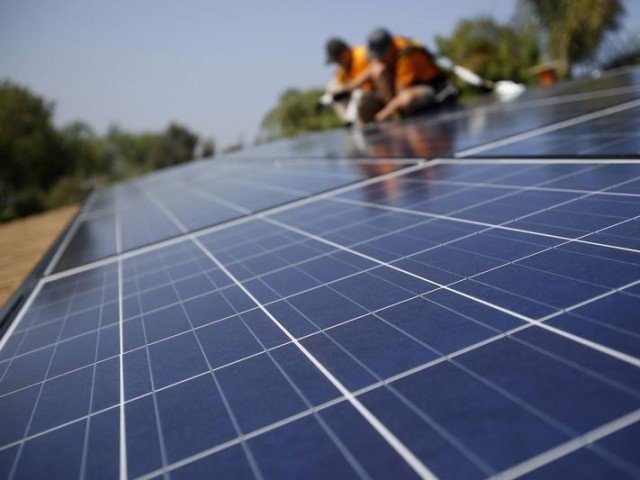 LAHORE: A high-level meeting chaired by Punjab Chief Minister Shehbaz Sharif was held on Wednesday to review the progress on the installation of solar panels in schools under the “Khadim-e-Punjab Ujala Programme”.

Addressing the meeting, the chief minister said the programme of providing light to schools through solar panels is a beneficial investment for the bright future of the country and directed that this programme should be expedited keeping in view its importance.

Under this initiative, solar panels will be installed in more than 20,000 schools across the province ensuring uninterrupted supply of electricity to the schools. In the first phase, more than 10,000 schools in Southern Punjab will be illuminated through solar panels.

The chief minister maintained that provision of comfortable educational atmosphere to the students is the government’s priority and for that purpose, it has been decided to provide solar panels to the schools to facilitate the students.

“Khadim-e-Punjab Ujala Programme shall prove beneficial in providing the best educational atmosphere to the students and like other initiatives of the Punjab government, this program shall also be an example of its own with regard to quality and transparency,” he commented and added that “a third-party audit of the project will also be held.”

He also directed the officials concerned and relevant departments to complete the first phase as soon as possible.

In a separate meeting, Shehbaz Sharif reviewed the situation arising due to the outbreak of seasonal influenza in Multan and the adoption of different steps to overcome the disease.

Addressing the meeting, the chief minister said that effective steps should be taken to save the citizens from this disease and work should be done on an emergency basis.

He directed the relevant authorities to start an awareness campaign regarding precautionary measures and protection from seasonal influenza and further directed them to constitute a committee to ensure timely eradication of this disease.

“It is the duty of agencies concerned to save the citizens from this disease,” said the chief minister and directed the government departments to perform their duties actively.