15,000 govt schools in Punjab to shift to solar power 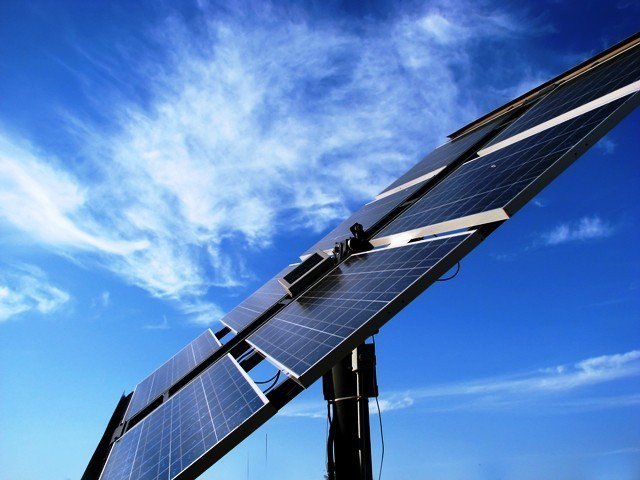 Punjab Energy Minister Dr Akhtar Malik said that the provincial government will install solar energy systems in over 15,000 schools. He expressed these views on Tuesday while speaking at a seminar on net metering, which allows excess energy generated to be added to the national grid and vice versa.

The seminar was organised by the Punjab Energy Efficiency and Conservation Agency (PEECA) and the Multan Electric Power Company (MEPCO).

Initially, the government was focusing on schools which were running without electricity, the minister said, adding that net metering was the need of the hour. Sunlight, which is available in the country throughout the year, is a huge source of energy. “We can overcome our energy crisis by launching net metering systems,” he said.

The minister also criticised the previous government for ignoring natural resources. Development projects, which could have been launched with local resources, were accomplished through foreign imports for the sake of kickbacks, he maintained. Coal for the Sahiwal energy project was imported from abroad, but the plant could’ve been operated using local coal by making minor technical changes, Malik said.

Further, the power plant in Jhang was launched without prior approval, causing a loss of Rs140 billion per annum to the national exchequer. Similarly, the government will have to give a subsidy to operate the Orange Line Metro Train in Lahore, he said.

He claimed that the Punjab government has introduced measures for energy conservation. A lab has been established to gauge the efficiency of fans and lights. Further, the ministry has envisaged an energy policy over the past month-and-a-half and it will prove to be a milestone in addressing the energy crisis, he expressed.

If 5 million housing units can be shifted to solar energy, it can serve as a role model for the entire country. He stated that the government was collaborating with two private banks which would bear 75% of the expenses for the net metering system. The remaining 25% will be paid by the consumer, he added.

He elaborated that Germany generates about 80,000 kW through net metering systems. He added that the government was also building an eight-storey building in Lahore which will solely depend on solar energy. Multan Chamber of Commerce Vice President Khwaja Baddar Munir and others were also present at the occasion.